Slightly to the Fore? 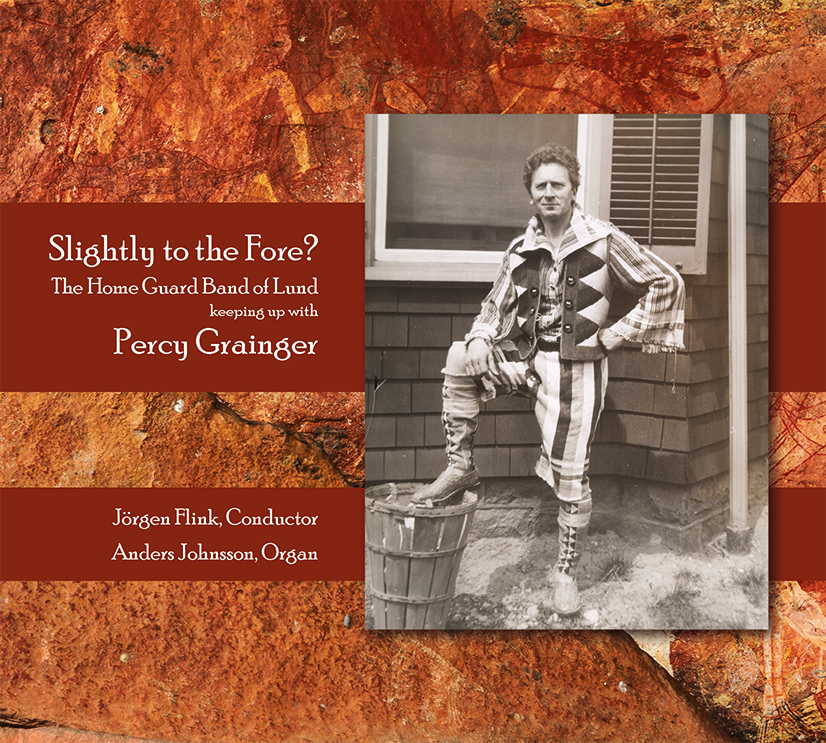 When Jörgen Flink joined the Home Guard Band of Lund as Conductor in 2007, he brought with him a keen interest in the original and unique music of Percy Grainger. Since then, Grainger's music has been regularly included in our performances, and our repertoire now includes many of his best known works as well as some lesser-played ones. One of the more esoteric pieces is "The Power of Rome and the Christian Heart", a mighty orchestral work requiring not only a full symphonic band but also a very talented organ soloist. It is an immense pleasure and a privilege for us to have Anders Johnsson joining the band to present this strange and powerful masterpiece. In order to make true justice to Grainger's music, we have included as much of the required instrumentation as we could muster. In particular, the low woodwind section has been supplemented with the alto- and contrabass clarinets, the double bassoon and the huge bass saxophone. In the higher range we hear the English horn and the soprano saxophone, both prominently featured in many of Grainger's works, as are the piano, the harp and the harmonium. Last but not least, we can hear musicians from the band stepping in as singers for the choral parts. When performing Grainger's music one often encounters unique and sometimes entertaining directions written in Grainger's personal musical vocabulary. "Slightly to the Fore?" is one such advice which we find particularly amusing, and on that account we let it set the title for this collection. Creating this album has been a daunting but joyful task for the whole band. Our hopes are that it will bring pleasure to listeners for years to come, because there is always something more to discover when listening to the music of the ingenious Percy Grainger. - Fredrik Bruzelius, Deputy Band Commander, Producer

The Home Guard Band of Lund, Sweden, was established in 1942 and is among the oldest of the Swedish Home Guard bands. It started out as a small ensemble, mainly tasked with providing music at local Home Guard activities. Today it is a full symphonic band with a broad spectrum of musical activities. Since its inception, the band has consisted exclusively of volunteer amateur musicians, rehearsing once a week. The band hosts several concerts of its own every year, while also performing at military ceremonies. Since 1964 the band regularly provides music for the Changing of the Guards Ceremony at the Royal Palace in Stockholm.

Jörgen Flink (b. 1964) is a Swedish conductor and arranger with wind music as his speciality. He has an MFA degree from the Malmö Academy of Music, and has conducted most of the major wind orchestras in Sweden - the Swedish army and navy bands, Göteborg Wind Orchestra and the Malmö Fire Brigade Band, just to name a few. He has worked with the Swedish artist elite in many genres.

Anders Johnsson (b. 1969) is since 2000 organist for the Slottsstaden parish in Malmö, where he also manages a large number of choir and music activities. He has studied the organ at the Royal Danish Academy of Music for Hans Fagius, as well as several programs at the Malmö Academy of Music. Since some ten years he also teaches organ at the latter institution. Anders is regularly hired to provide expertise on the organ, and has often focused on the re-use of historical pipe material when rethinking symphonic instruments. He makes regular concerts in Sweden and abroad, has on occasion performed in Swedish Radio P2 and has contributed to several album recordings. He enjoys performing music from different eras and countries with a special fondness for Swedish and French Romantic music, as well as chamber music on authentic period instruments